Steelheading is hard work. It’s cold, wet and the river does not always cooperate. There is something about those sea run rainbow trout though that call us back year after year. This is not steelheading like in the pacific northwest however, this is great lakes steelheading. Your views are not going to be nearly as majestic. There are no mountains full of evergreens to guide the river to sea, but the fish are still beautiful and fight like hell.

The Salmon River runs through Altmar and Pulaski, NY into Lake Ontario. It is really divided up into three sections. Above Altmar are the upper and lower fly fishing only sections, the lower two and a half miles by Port Ontario is the Douglaston Salmon Run, which you pay to access, and then everything in between. In peak season, it can get pretty busy on the major holes. There are two main seasons for steelheading, right after salmon season in mid-October through November, when they come into the river to feast on salmon eggs, and the spring spawning season in late March through April. They are in the river all winter long though, for those that want to brave the brutally cold upstate New York winters.

Steelhead season is not as busy as salmon season in the fall, but it can still be pretty challenging. There are those that line up at 4am to get their spot on the river. Sometimes you need to have alternate plans in case your intended spot is overflowing with fisherman. There are smaller feeder creeks that can provide some relief from the crowds, but less chance for that hook up. Again, steelhead season is not nearly as crowded as salmon season, but for fly fishermen that look for that solace on the river, you will have to work hard to find it here.

My buddy and I worked really hard last weekend, and it paid off for at least one of us (it wasn’t me). The night before we arrived, the area got a good bit of rain and the water was running high at around 1500cfs. The dam was releasing at 750cfs, but with all the run off it made wading difficult and some spots inaccessible by foot. For comparison, the river was running at 500cfs the weekend before with no run off. There are times when the river runs well over 2000cfs. The reports had been good as far as numbers of fish in the water all winter, but with the high flows this weekend, if you didn’t have a drift boat there were just certain areas you couldn’t access. Our favorite spot was one of those inaccesssible areas. It is a great area that requires a bit of a hike and a good wade, but usually has some of that solace I look for.

Saturday, Mike and I must have hiked a couple of miles looking for good water. We found plenty of fishable water, but no fish. The weather was nice, partly sunny with temperatures in the low 50’s and very little wind. The water was still 35 degrees, but the ambient conditions were better than the 42 degrees and rain of the previous day. The word on the river was that no one, not even the drift boats, were hooking up. We hiked up and down several sections of the river looking for fish, but there were none to be had anywhere. We did get to explore a few quieter parts of the river we never had before, so that was a plus. 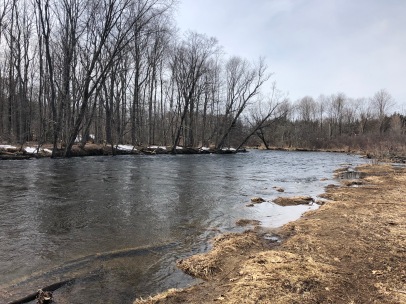 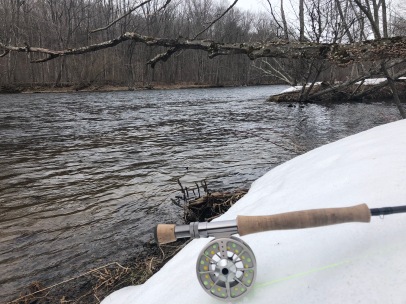 Our final day there, the weather turned cold again, windy with a high of 33 and snow showers. We decided to hit the lower fly, since the upper fly fishing section was opening for the season and most anglers would be there. The brutally cold wind cut right through us, but perseverance paid off, for Mike at least. I had a few bites that day, but nothing more than that. The weather got to me though. Not even the hand warmers between the socks worked very well this day and my feet were frozen like two bricks of ice after a couple of hours. Helping Mike land the steelie he caught took its toll on my hands as well. I was completely frozen and frustrated by 11:30, so I called it a day. We had to drive 4+ hours back home and I figured it would take that long to warm back up.

Fly fishing for steelhead is a sportsman’s paradise. When all the conditions line up in your favor, those beautiful fish put on quite the show. Unfortunately for me, the conditions never quite lined up, but that’s the way it goes sometimes. I still enjoy fishing. Steelheading is a test of your patience, as well as your endurance. The reward is equal to the effort though, and I don’t mind a little hard work when it comes to fly fishing. 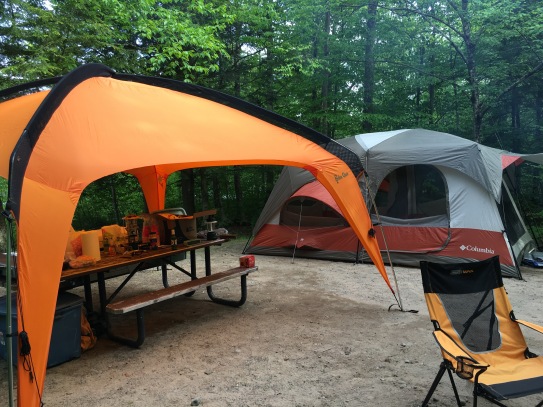 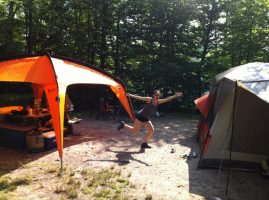 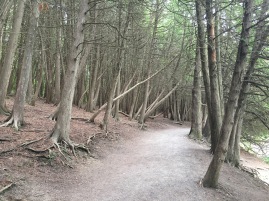 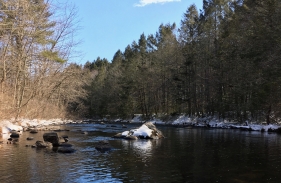 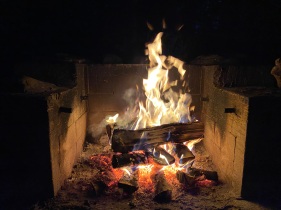 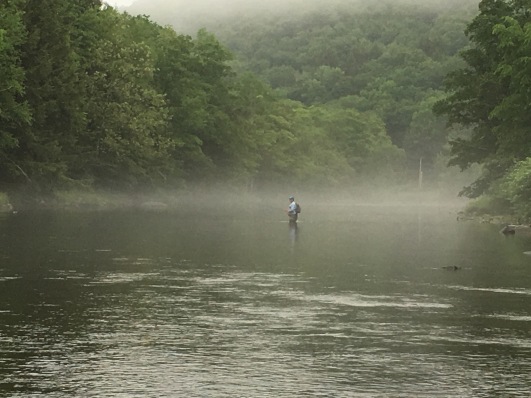 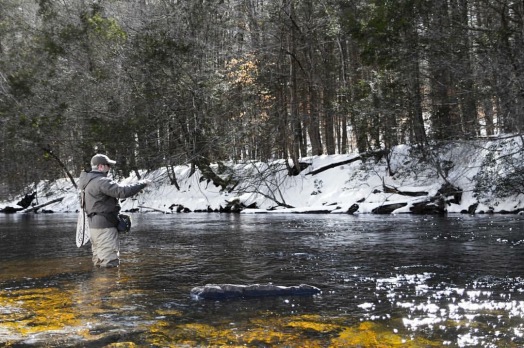 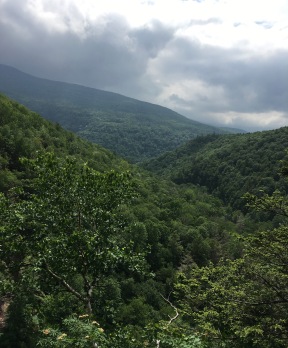 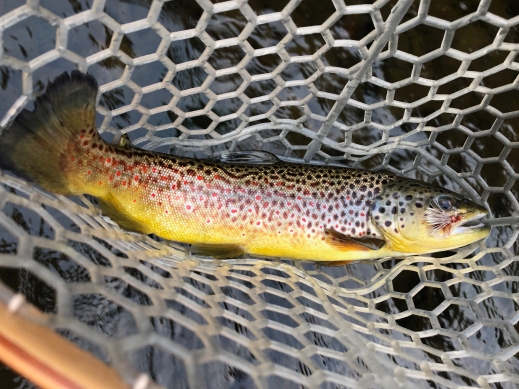 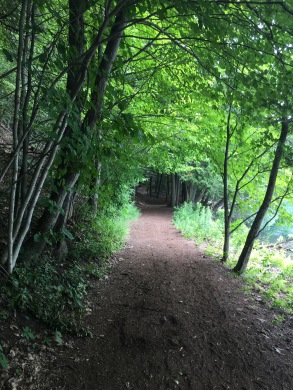 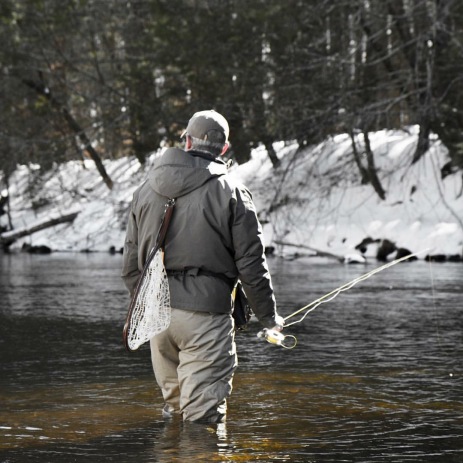 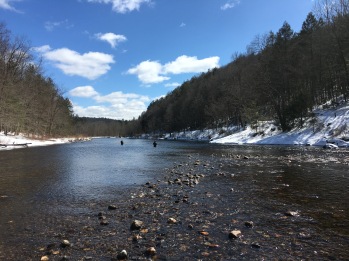 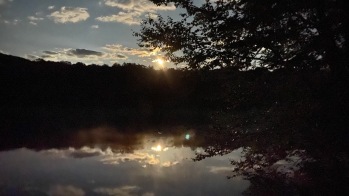 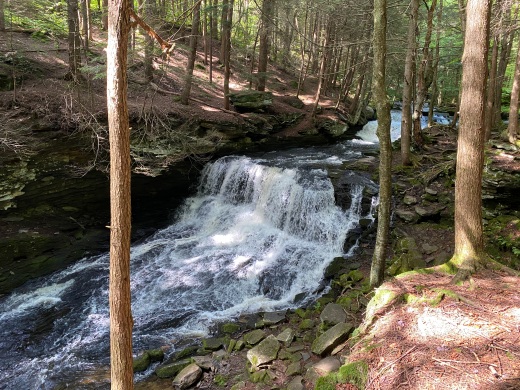 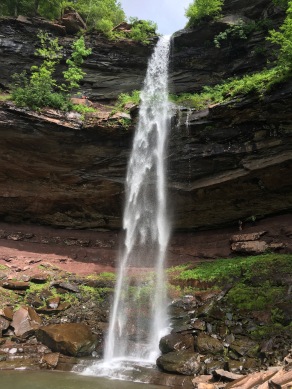 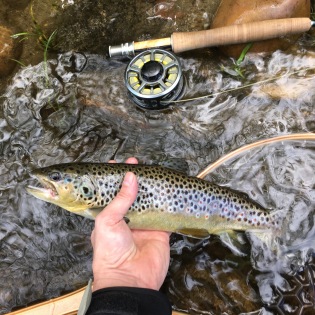 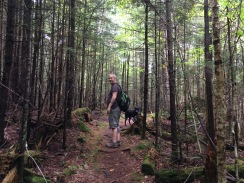 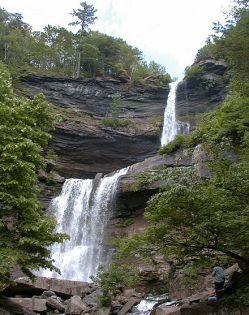 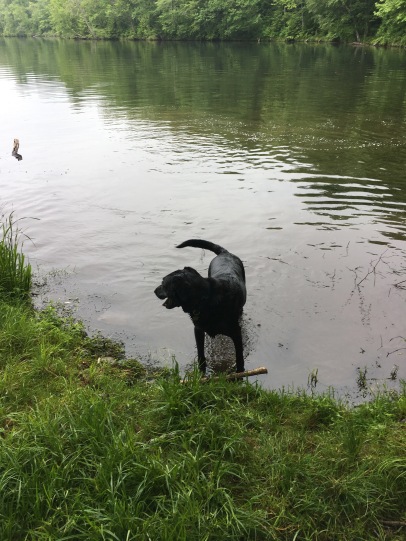 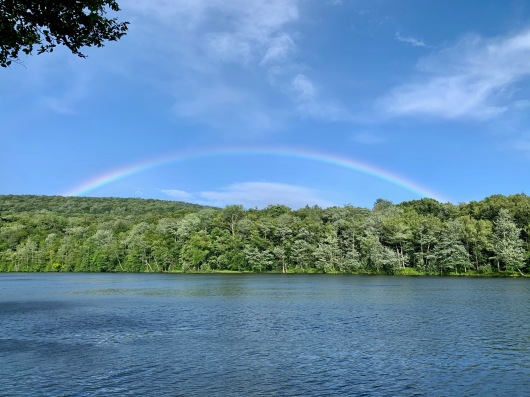 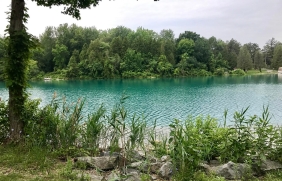 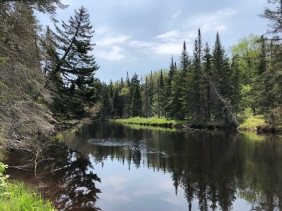 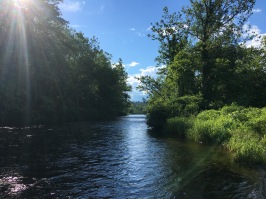 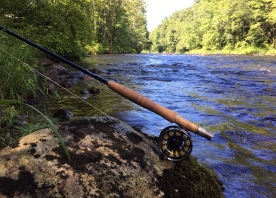 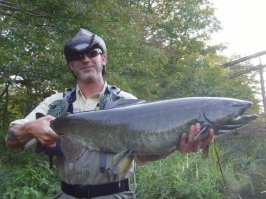